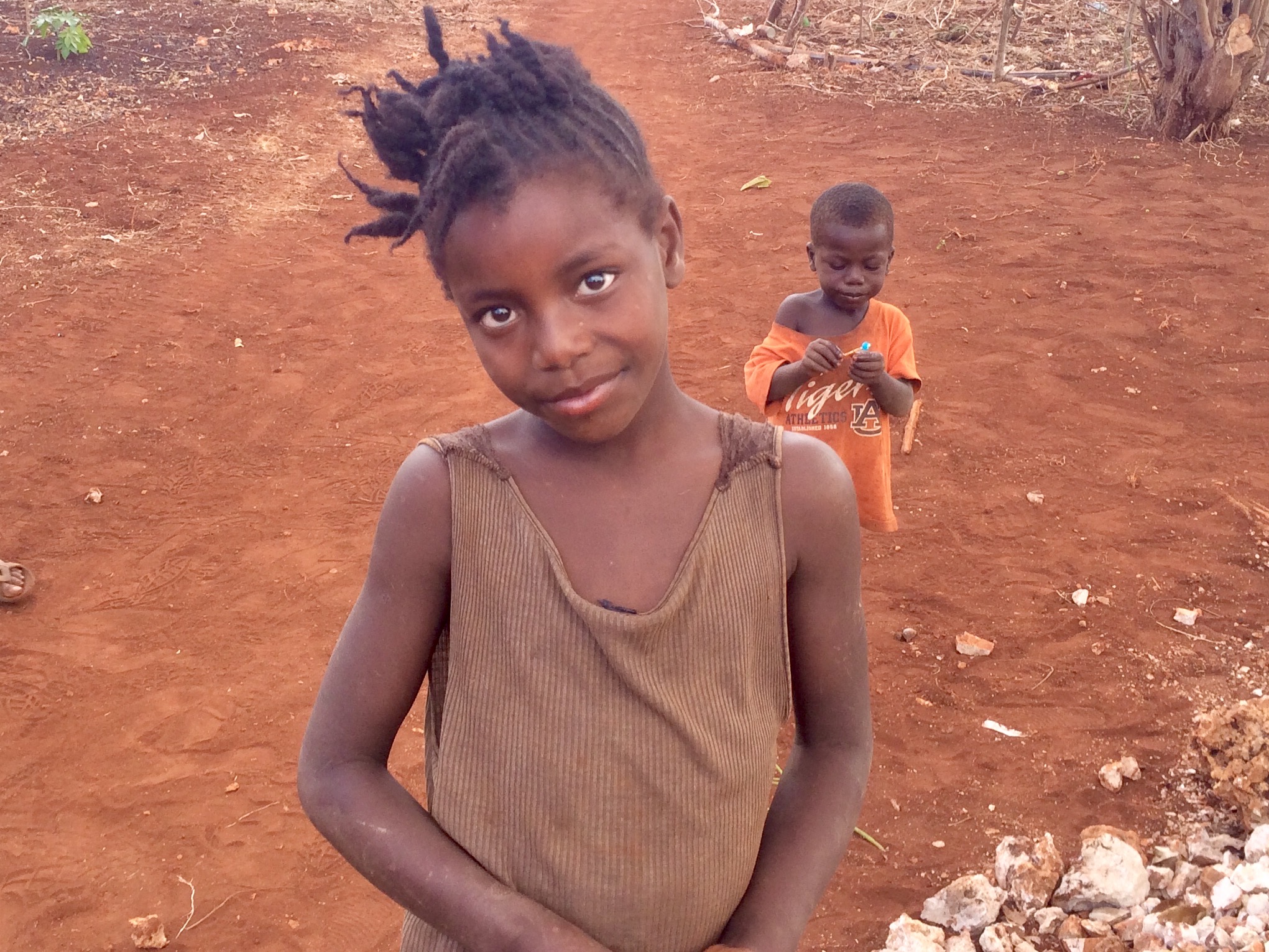 On April 1st we made our way back to the nation of Haiti. Our friends there have suffered loss from Hurricane Matthew since we last visited.

Over the past few years, our short-term trips have been divided into two parts. We are serving for a few days in the area of Merger, which is just on the Western outskirts of Carrefour. Our service there is primarily centered around empowering our partners, Success Ministries. Success Ministries is a local Haitian-owned ministry geared toward education and tending to the needs of children and families in the area. Our service here consists of distributing food, clothing, shoes, hygiene kits, and supporting local needs we find. We also like to visit a local orphanage where we also provide food and activities for the kids.

The second portion of our trips has been taking us to the island of La Gonave where we minister to the home village of one of the pastors we met in Merger. La Gonave is often regarded as one of the poorest places in Haiti. Our mission field here is very remote and very hard to get to, but we’ve met some amazing people and God has worked miracles with the little we’ve had to offer these people. Our biggest mission here has been food and prayer. We are also working with other partners to help bring a well-drilling rig into this area since La Gonave is one of the hardest places to find clean water. In addition, we are helping the locals to build a church. 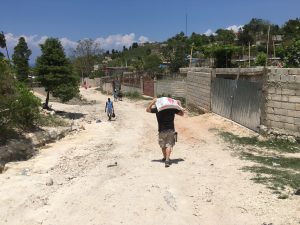 Due to logistical problems and team member schedules, our trip was a day shorter than usual so we hit the ground running on Saturday when we arrived. We’ve done this trip many times and for the first time, we got to the airport and could not find our contact. We ended up waiting at the airport for our ride which got a little nerve-wracking as several of the locals were insistent that we hire them instead to take us where we needed to go. One of the locals named Johnson helped us by simply standing with us to prevent others from soliciting until our ride arrived. Finally, we were with our party and underway.

As soon as we got settled in at Pastor John’s, we left to visit the orphanage. After playing with the kids a little, we bought groceries for them as they were completely out of food. Sometimes it’s hard for Americans to truly grasp how orphanages like this work in Haiti. This is not an institution and they are not attempting to place children with families. It is a family. A Children’s Home is probably a better term. The lady who founded this one simply has a love for children. Some of them are truly orphaned while others have parents who cannot afford to care for them. Each is welcomed, fed, and loved. 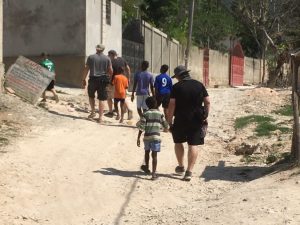 That afternoon, we went to the futbol field for the local pick-up game that happens every week. This is another part of Success Ministries’ program. We brought brand new soccer balls, so the kids were excited. Each Saturday, over 100 local kids gather at the soccer field on the hill for a well-organized game complete with referees. The girls and the younger boys spend time in schoolyard games and singing songs. Mostly we mingle with them and play with them.

After the games, we walk them down to a large house with a courtyard where they each get a heaping plate of rice and beans. This also gives us an opportunity to teach them. Today I spoke about Jesus as a child and how he was an example of how even they can “be about their Father’s business”. Once the kids were finished, we headed back to John’s for the night.

We spent the better part of the morning worshipping as it was Sunday. We worshiped at a nearby church with our dear friend Pastor Junior. The worship itself was very moving. Team member Mike was asked to be a guest preacher for them in their language (Haitian Kreyol). Mike has spent the past year trying to learn the language and is making great headway. The congregation got to hear his testimony in their language and they responded really well to the message.

After worship, we began preparing a food distribution for some of the poorest people in the area. Success Ministries has identified about 100 of the local families in the most need and they walk around announcing the distribution to them and giving them a ticket. They then bring their ticket to the appointed place and the appointed time to receive beans, rice, and oil. These families are often only eating about once per week on a regular basis. 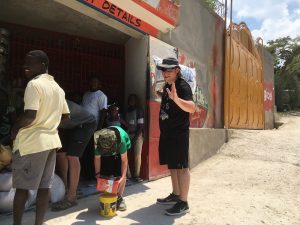 We had about an hour to prepare for the distribution, which means going to the local market to buy bags of rice, bags of beans, and cartons of cooking oil. We, then carry all of the supplies to the local school where the distribution would happen. Then we start making individual kits to hand out. We had a great turn out as people began to arrive to get their food.

Monday morning began for us at 4am when we started the arduous trip to the island of La Gonave and on to the village of Sous Platon. First we have to travel from Merger, through Port au Prince and up the Western coastline to the port where we make the crossing. This normally takes us between two and three hours. This morning we experienced little traffic and made it by 6:00am which is when the port opens. We were able to secure a fly-boat to cross in and got right aboard. By 7:00am we were pulling up to La Gonave at Anse-a-Galets. We were making record time here! But now it was time for the dreaded truck ride which is 4 hours along the roughest terrain imaginable to traverse in a compact truck. We stopped by a local store to load up on food (more rice and beans and oil). So we fit 10-12 55lb bags of rice/beans, 2 cases of oil, a case of Bibles, 4 check-in size duffles, 9 people and 6 backpacks in this little truck and headed out. The road was rough and hot and perhaps the toughest time we’ve had doing this trip yet. 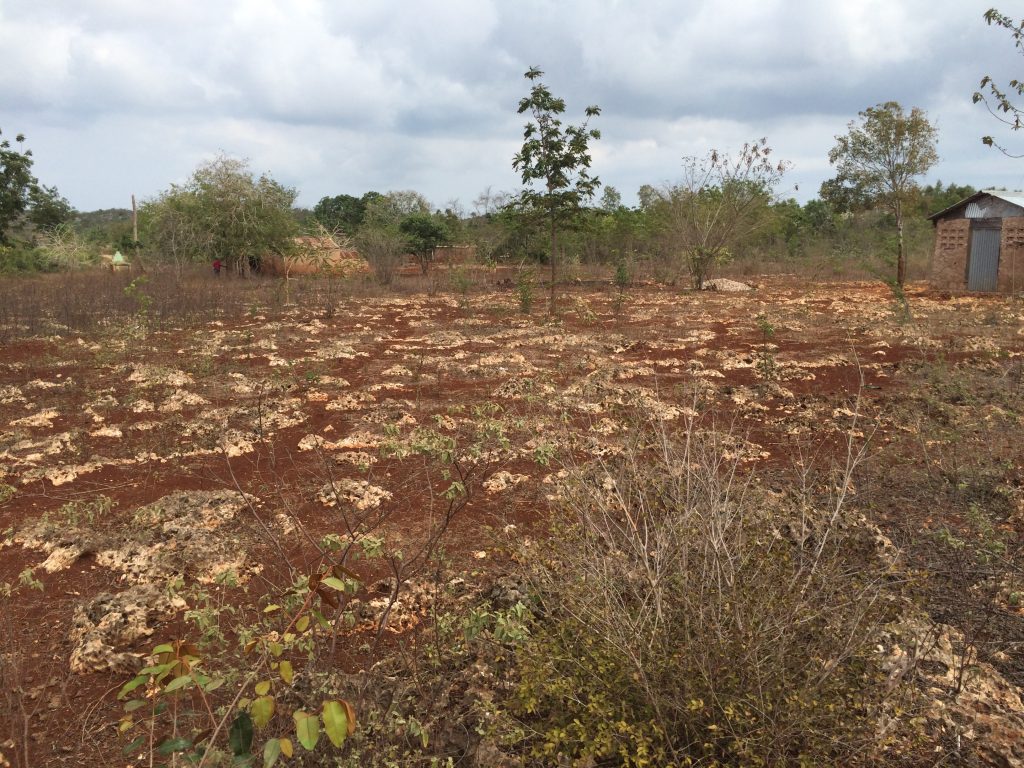 After we finally arrived at Sous Platon we were astonished by the change since we were last here. Hurricane Matthew had totally stripped the trees and vegetation from the area. We were immediately struck with the need. So the hurricane hit last November and La Gonave has had no substantial rain since January. Their food supply was low and the crops were not much more than chaff blowing away. The little church building made of sticks and tarps was in tattered shreds with very little roof left. After resting, eating, and cleaning up a little they held a worship service where I spoke on Habakkuk and walking by faith. We worshiped and prayed for rain. That evening as we turned in and slept in our tents and hammocks we were awoken by the sound of a pouring rain! It rained for nearly 8 hours. The ground quickly made short work of this small blessing, but it gave the locals hope. 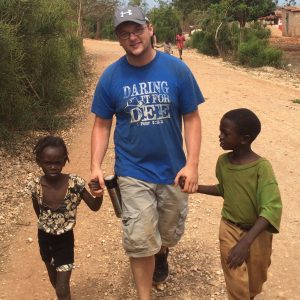 The next day was busy and long as we repeated the food distribution process we did in Merger for the inhabitants of Sous Platon. We had also packed some clothes and shoes to give out. Unfortunately, we did not have quite enough for all those who came for food. So the local pastor, Omilga had to hand them out discerningly. I was overwhelmed when he said, “I must determine the want from the need”. Wow. This hit home hard because, by that standard, everything I have is pure want. Everything is relative I guess, but any American who visits here would see nothing but needs. Obviously, the pastor was looking for those who had no clothes and no shoes first. But the way it was worded made an impact.

Next we worked on the church building which had been just a temporary structure made of small trees and recycled tents. We have dedicated some funds to helping them build this church using concrete blocks. Today we started that construction work by pouring the foundational wall for the bricks. Of course, we hired locals to do all of this since resources and methodologies differ greatly from what we have in the states. Mainly our team served as manual labor to help them move rocks and stones for the foundation. Some of our guys also helped wire up some of the rebar. 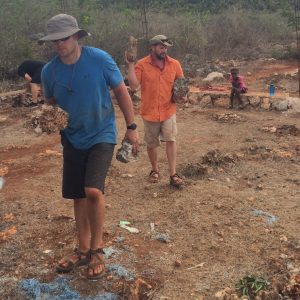 That night, we gathered to worship again and team member, Josh taught about the significance of knowing God as a father. As we were leaving the tent of worship, a young man told me we needed to stay longer so they could receive more blessings. I reiterated where the blessings come from… which isn’t us. Praise the Father for the opportunity to drive Josh’s sermon home and give it application as I told him the Father was the one providing the blessings.

The next two days saw us traveling once again. This time the truck ride was even worse. We began at 2am with no bags to sit on, but 4 extra passengers. So 13 of us were piled into the truck for the next 4 hours. When we got to the port we could not secure passage on a fly boat for really odd reasons. The captain of the fly-boat thought we were laughing at him or something. So we ended up taking the large ferry, which is really slow. About half-way across I knew it was by the hand of God we were in this large ship. The ocean waves picked up and swells were pouring over the bow. Many passengers were getting sick, including some of our team. But I kept thinking what it would’ve been like in the small fly-boat. Hours later we were taking our rest at Pastor John’s house again. That night we met with Pastor Junior and gifted his church with a stack of Bibles. As we said our farewells, I told Pastor Junior how we need Haiti more than it needs us. The trip was relatively short but full of blessings and wonders both in the eyes of the Haitians and our team. Just being able to serve the least of these brothers puts faith and life into perspective. May King Jesus be glorified and He alone!! 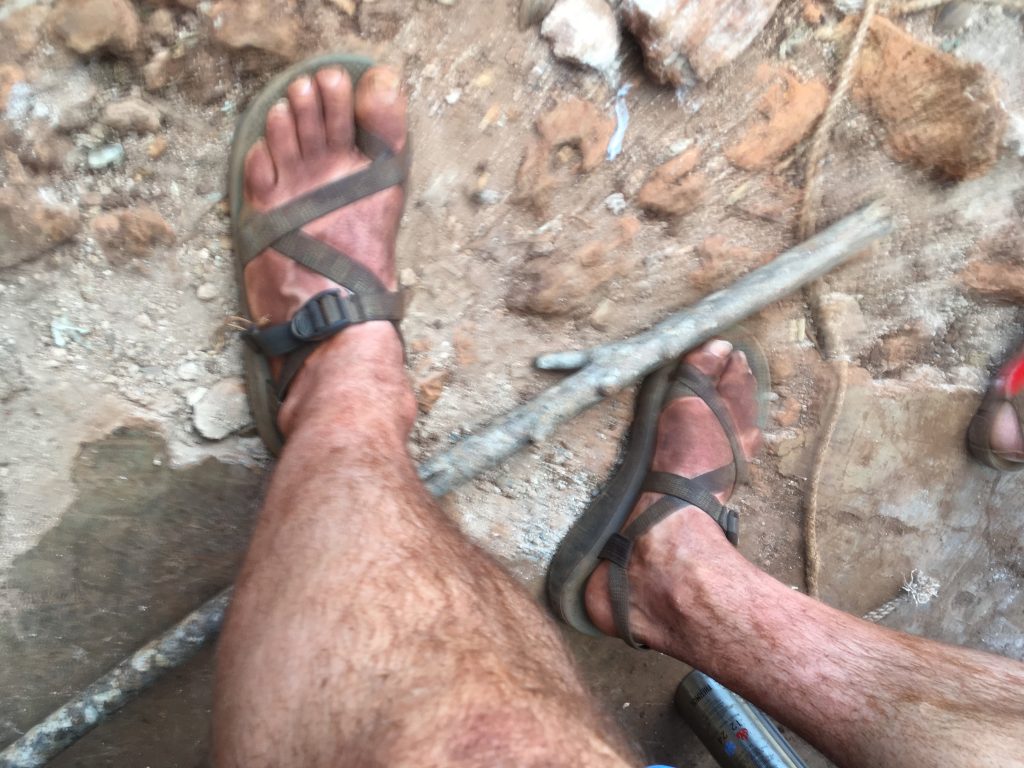