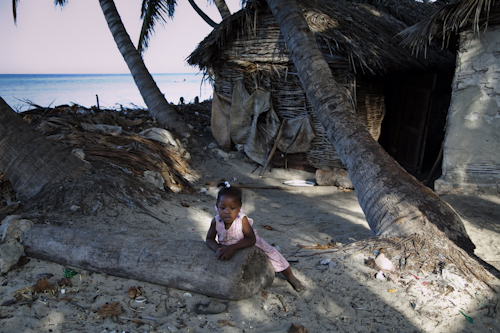 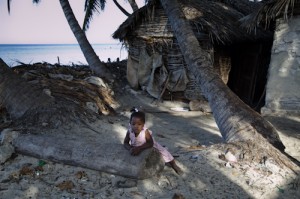 When we started Footprints of Charity, we were driven by the concept of having the same love for the lost, poor, and broken that Jesus had. To walk in his footprints. There are a couple of things Jesus said which just keep sticking with us in this endeavor. First off was Jesus “mission statement” he made at Nazareth. He starts his ministry in his home town and there he quotes Isaiah 61 to them to declare his fulfillment of that prophecy. This was that mission statement:

The Spirit of the Lord is upon me, because he has anointed me to proclaim good news to the poor. He has sent me to proclaim release to the captives and the regaining of sight to the blind, to set free those who are oppressed, to proclaim the year of the Lord’s favor.
(Luke 4:18-19 NET)

Jesus’ first target group mentioned was “the poor”. The poor was his top priority. This does not mean the wealthy are excluded. It simply means the poor were his first priority. The other statement of Jesus constantly echoing in our minds is his proclamation of dealing with “the least of these” found in Matthew 25. The least of these mentioned are the poorest of the poor. The indication here is that even if you did very little to help others, the least you could do is help those who needed it the most.

The nation of Haiti showed up on our radar even before the infamous earthquake of 2010. Why? Because it is the poorest nation in the Western Hemisphere. Truly we could find the “least of these” in Haiti. The Father has blessed us and The Spirit has led us to a beautiful people in Haiti to make a difference with. Through the generous hearts of supporters we’ve been able to make a rather large difference in the lives of a devout and faithful people.

Through the Spirit, we’ve now personally handed heaping plates of food into the hands of children who were once lucky to get food even once per day. Looking into those little thankful eyes, we hear the voice of Jesus echoing, “mesi” (thank you). Through God’s blessing of compassionate hearts who help sponsor these children, we’ve insured that these children get that plate of food at least once per week. God has blessed us with this ability for the past year and a half. 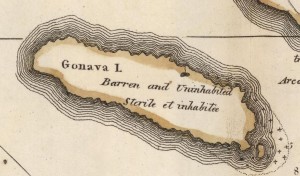 We are now planning our next trip into Haiti and the Spirit continues to lead us to the least of these. Praise God!!! He is so wonderful. Without even looking for it, we stumbled upon an opportunity to help in another area of Haiti. The second half of our short term mission trip will find us on the Island of La Gonave.

La Gonave is the poorest area of Haiti. One of our Haitian brothers, Pastor Omilga has started planting a church at La Gonave and our team will venture over to the island to help.

Made up of mostly limestone, the reef-fringed island of Gonâve is 37 miles long and 9.3 miles wide and covers an area of 287 square miles. The island is mostly barren and hilly with the highest point reaching 2,552 feet.

The barren, dry nature of the soil has long prevented agricultural development on the island and kept the population lower than it otherwise might have been. During the colonial period, the island was uninhabited by colonists, which led the indigenous Taínos to seek refuge there after early battles with the Spanish. Runaway slaves in the French period, too, sometimes sought out the island for a place to hide from their owners on the mainland. Overgrazing and over-exploitation of water resources affect the island’s current approximate 100,000 residents. 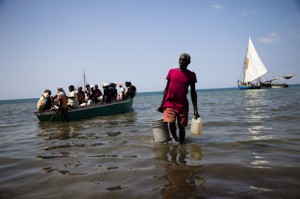 La Gonâve is referred to as one of the most water scarce locations in the world. Residents on the western side of the island are known to walk 8-9 miles roundtrip to collect their water, which is often brackish.

{The voice of Jesus echoes, “I was thirsty and you gave me drink”.}

Because of this, our greatest obstacle on this excursion will be clean water and a lack of transportation. We will all be bringing as much water as we can carry on foot for at least a couple of miles. We know very little what to expect; which in a way is good because every time we plan things too much, the Spirit changes it up anyway. \o/ It’s His way of reminding us, this is His work… not ours. All we know for sure is the poorest of the poor await on the other side of that boat ride and if the Lord wills, we will meet them there to minister to their physical and spiritual needs.

We ask for your prayers for this mission. We will be leaving on Feb 26th and returning on Mar 5th. Pray that each team member will be filled with the Holy Spirit. Pray for the team’s health while in country so we can be as affective as possible. Pray for the hearts of those we will reach out to. Pray for the Spirit’s intercession for what our team needs to do and be to serve the least of our brothers and sisters in La Gonave, Haiti.